On April 19th, the Students in Professor Nix and Phillips' Straus Institute Entertainment Dispute Resolution Course were given a VIP Tour of the Warner Bros. Studio Lot in Burbank, California. They saw Film/TV sound stages (The Mentalist, 2 1/2 Men, Mike & Molly), the back-lot streets with sets used for The Music Man and The Waltons, the Paris cafe from Casablanca, as well as more recent productions.

They also toured the Studio's museum with Batmobile, Get Smart and other cars from its films, the costume museum (Harry Potter, Batman), and saw a wide array of props from different eras (Hunger Games to The West Wing).

Afterwards, the members of the class were then treated to lunch in the Warner Bros. Studio Commissary. They were hosted by Zazi Pope, Senior Vice-President & Deputy General Counsel, as well as Kate Chilton, Janet Grady and Sheila Sparks, each a Vice-President of Litigation in the Warner Bros. Legal Department. They were able to hear inside stories about how studio lawyers service the varied needs of their film, television, video and other clients, while keeping pace with the demands of new technology and protecting the Intellectual Property assets of the company and its partners. 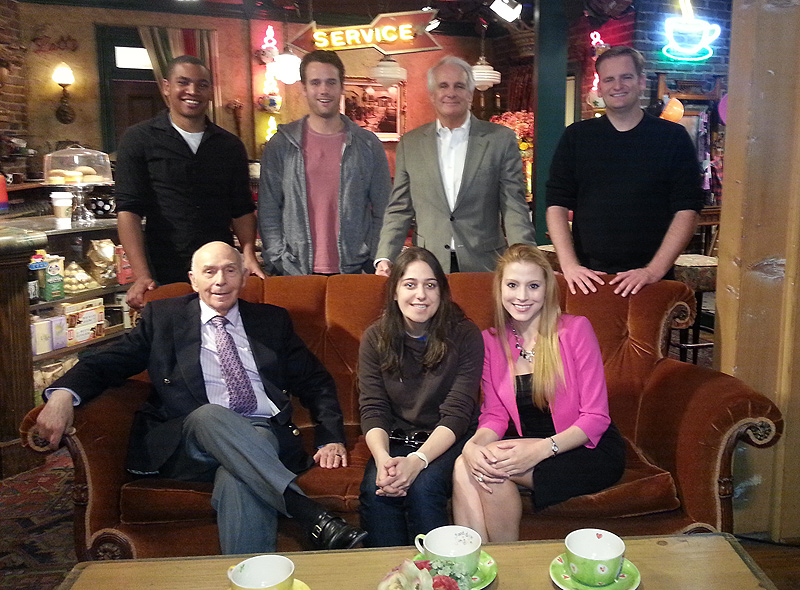